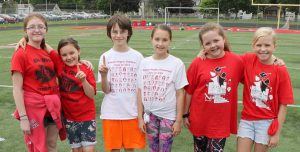 The Dignity Act defines harassment as “creation of a hostile environment by conduct or by verbal threats, intimidation or abuse that has or would have the effect of unreasonably and substantially interfering with a student’s educational performance, opportunities or benefits, or mental, emotional or physical well-being;…” Both students and school staff members are covered under the Act, and its protections apply to all school properties. Glens Falls City School District has policies and conducts staff trainings in conjunction with the Dignity Act requirements.

What is The Dignity Act?

The Dignity for All Students Act (The Dignity Act) was signed into law by former Governor David A. Paterson in September 2010, to protect all students in New York public schools from harassment, discrimination and bullying by other students or school employees. This legislation amended State Education Law by creating a new Article 2 – Dignity for All Students. DASA also amended Section 801-a of New York State Education Law regarding instruction in civility, citizenship, and character education by expanding the concepts of tolerance, respect for others and dignity to include: an awareness and sensitivity in the relations of people, including but not limited to, different races, weights, national origins, ethnic groups, religions, religious practices, mental or physical abilities, sexual orientations, gender identity, and sexes. The Dignity Act further amended Section 2801 of the Education Law by requiring Boards of Education to include language addressing The Dignity Act in their codes of conduct. Additionally, under the Dignity Act, schools are responsible for collecting and reporting data regarding material incidents of discrimination and harassment.

Who is protected under this legislation?

All public elementary and secondary school students are protected by The Dignity Act. Identified in the legislation are those who are subjected to intimidation or abuse based on actual or perceived race, color, weight, national origin, ethnic group, religion, religious practice, disability, sexual orientation, gender or sex. The Act explicitly states that bullying, taunting and intimidation are all forms of harassment.

How does The Dignity Act define “harassment?”

Harassment is defined as “creation of a hostile environment by conduct or by verbal threats, intimidation or abuse that has or would have the effect of unreasonably and substantially interfering with a student’s educational performance, opportunities or benefits, or mental, emotional or physical well-being.

Why is The Dignity Act necessary?

The Dignity Act provides a response to the large number of harassed and stigmatized students skipping school and engaging in high risk behaviors by prohibiting discrimination in public schools and establishing the basis for protective measures such as training and model policies. The Dignity Act takes a major step in creating more nurturing environments in all our schools.

What physical spaces are covered by The Dignity Act?

The Dignity Act applies to behavior on school property (including athletic fields, playgrounds, and parking lots) in school buildings, on a school bus/vehicle, as well as at school-sponsored events or activities.

How does The Dignity Act relate to the school’s Code of Conduct?

The Code of Conduct must reflect the prohibition of discrimination and harassment of students by students or staff — in age appropriate plain language.

What does The Dignity Act require schools to do to meet this mandate?

Where can I find more information about the Dignity Act?

Visit the New York State Education Department website or contact the DASA coordinator at your child’s school for more information.