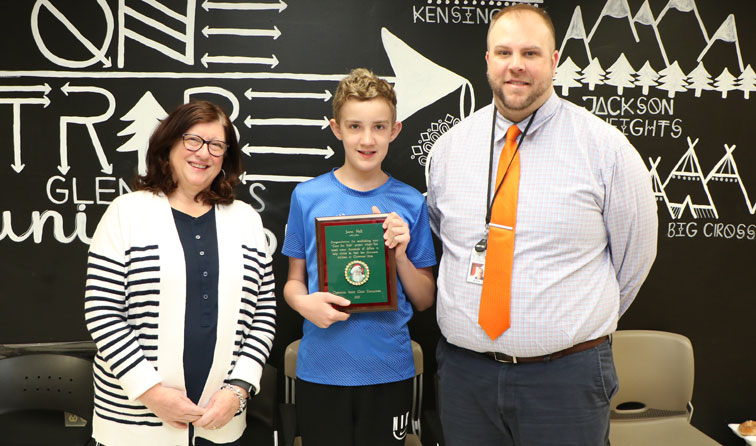 GFMS seventh-grader Jason Hall has been recognized for making a big difference in the lives of children in our region.

Having established a bottle and can drive to benefit Operation Santa Claus, Jason has donated several thousand dollars to the non-profit that provides new clothes to children in Warren, Washington, Essex, Northern Saratoga, and Hamilton Counties in December.

The plaque — given to Jason by the Operation Santa Claus committee — reads “Congratulations for establishing your “Cans for Kids” project which has raised many thousands of dollars to help clothe and feed less fortunate children at Christmas time.”

This holiday season alone, Jason’s efforts brought in $1,300. He runs the bottle and can collection year-round, and has been doing so for two years. Way to go, Jason!